48 hours ago musician Amanda Palmer posted that she would be hosting a "ninja event" at the Vogue Theatre and gathering an all-star line up of TED speakers and musicians to join her. The purpose: connecting TED 2014: The Next Chapter to everyone in Vancouver that didn't have $7500 to attend the coveted series.

Who knew that 48 hours is all it takes to put together and promote such an event? But, it was... thanks to Twitter.

Last night #ninjaTED came together, with the Vogue Theatre brimming to the doors, a stage full of awesome speakers, and tangible evidence of the power of community. 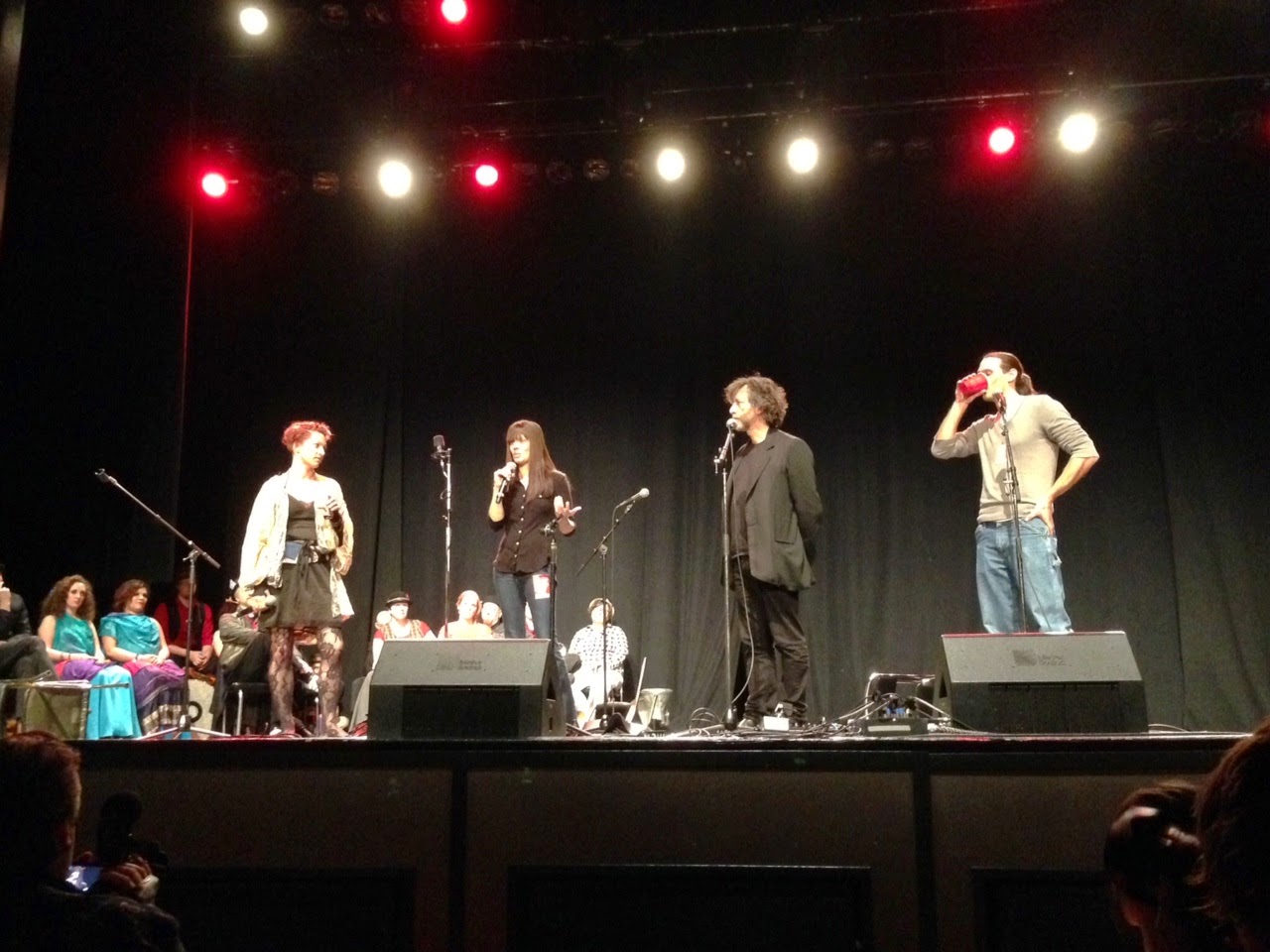 The night was a fun, relaxed, variety style show with the feeling we were all sitting in a living room sharing stories. An inspiring event, not just because of the collective 'brain' of the talent line up, but also in how various communities and tribes came together to make it happen.

It may cost thousands of dollars to attend TED, but what attendees of #ninjaTED witnessed was priceless. This certainly is an idea worth sharing.

Posted by vancouverweloveyou at 1:39 PM